Two facts about my life:

I don’t know much about web stuff but this seemed fixable. Here’s what I came up with. I have a Twilio number, and whenever I want to make a donation, I text that number <name of charity> <dollar amount>. For example to donate \$5 to GiveWell and then \$5 to Cool Earth: 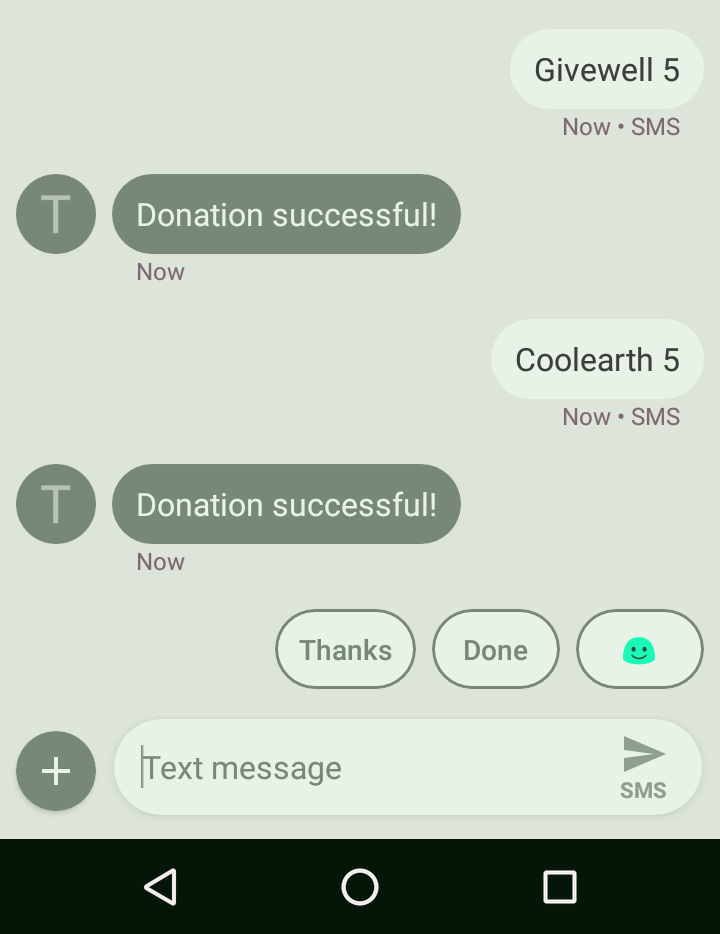 Once a donation text is received, a HTTP request goes out to the PandaPay API, and a donation is immediately made.[2] Pretty quickly I get a confirmation email: 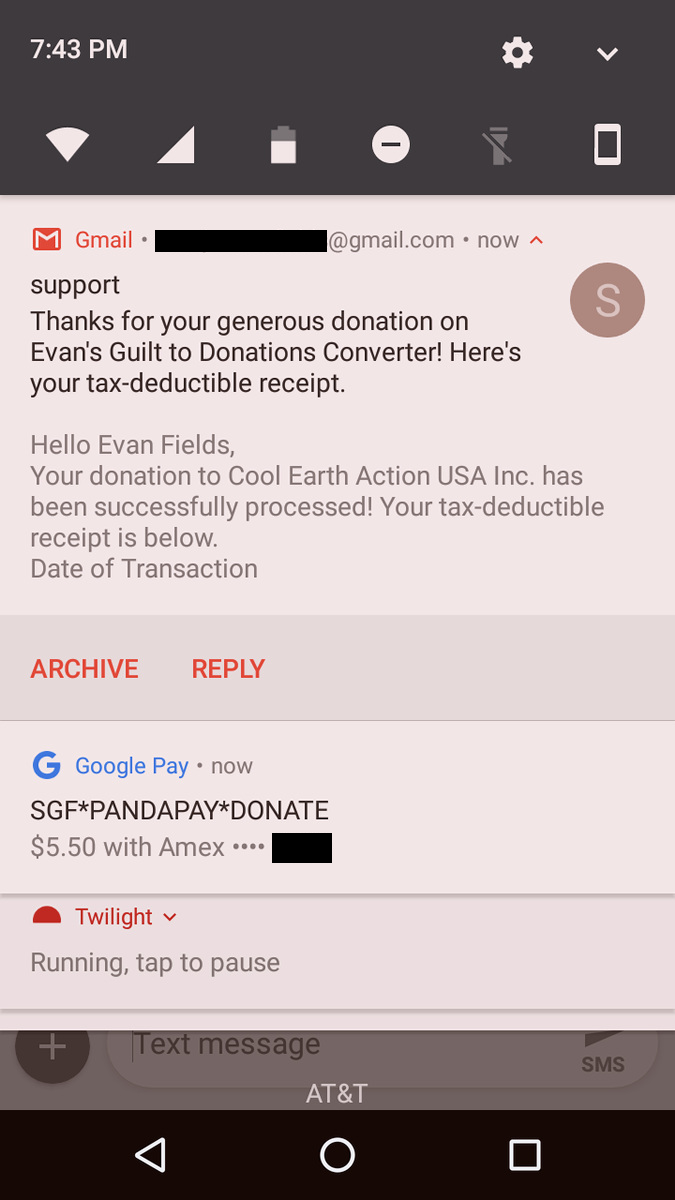 Under the hood this is all running on Twilio functions. Some basic parsing is done: 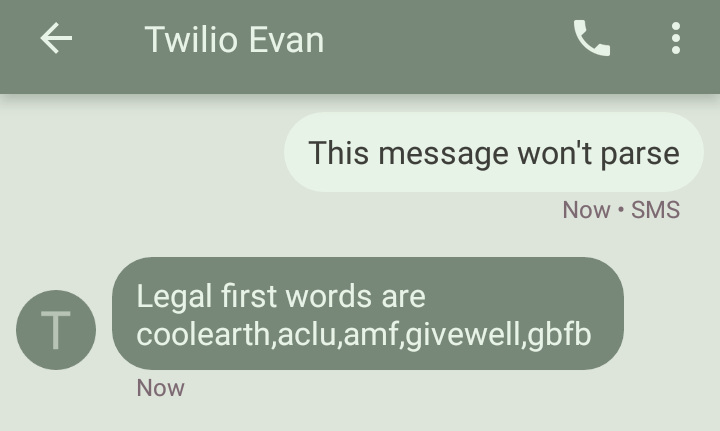 Setting the system up took me a shockingly long time, but at the end of the day it’s quite simple. Nonetheless, it’s the first thing I’ve built on the web that works, so I am immensely pleased.

And, thus far, it doesn’t just work technically: it also works psychologically. There’s an outlet for the guilt, and it’s been kind of fun to make little impulse donations! Perhaps my only complaint are fees: there the Twilio phone number cost, per-text costs, PandaPay’s fee, and credit card fees. In total these aren’t a big dollar amount but are a sadly large percentage of the small donations I’m making. There’s probably also some security risk, though as far as I can tell the only (and low probability) danger is someone using my money to donate to charities I’ve pre-selected…which is the whole point of this :) Overall, if you want to trick yourself into making more charitable donations, I highly suggest a setup like this.

Addendum: the current charities I have are GiveWell, the Against Malaria Foundation, Cool Earth, the ACLU, and the Greater Boston Food Bank. I’m open to more suggestions!